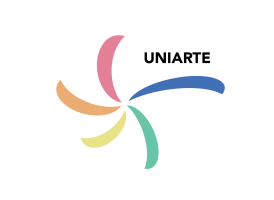 A documentary film that shows various beaches of Curaçao. In the film you get to know areas and characters that show us what the truth of Curaçao is. How are the Curaçaoans? and what does Curaçao society look like?

The truth of Curaçao has many faces and can only be known as a mosaic that is shaped by the life stories of its residents. A society that makes a clear difference in who is a Curaçao citizen, a European Dutch citizen or an alienated Curaçao citizen. Curaçao has a strong identity that takes time to get to know. On different beaches of Curaçao we get to know areas and characters that show us what the truth of Curaçao is. How are the Curaçaoans? and what does Curacao’s society look like?

Sharelly Emanuelson (1986) Filmmaker & Visual artist was born and raised in Curaçao and Aruba, she has a BA in Audiovisual Media from the School of the Arts Utrecht and MA in Artistic Research from the Royal Art Academy the Hague. Sharelly’s installations have received international attention and recognition and her documentaries have been screened at festivals such as CIFFR and TTFF, NYCFF and Cinelatino. Her first film won an Audience Award, Category: Best Student Film at Africa Film Festival 2012. In 2014 she received the Master Award from the Royal Art Academy the Hague and in 2018 the Black Achievement Spotlight Award. Most recently she was nominated for the Volkskrant visual art price 2020 in the Netherlands where she will present her work “En Mi Pais”, that was made during her residency at Caribbean Linked hosted by Ateliers ‘89 in Aruba. Apart from her own practice she founded Uniarte, an artist-run foundation that enhances the visibility & development of emerging professional artists in the Caribbean region. She has been a guest lecturer at the University of Sint-Maarten, Art Institute Ateliers ’89 in Aruba and MBO Scholengemeenschap in Bonaire and is now a guest lecturer at the University of Curaçao.

There are no reviews yet.

Sign up today to know about special events and more!